Radio Tasio Routine 3 contains just EIGHT exercises yet still manages to be an effective workout that moves ALL parts of your body, leaving you refreshed and revitalised. It can also be completed seated.

Radio Taiso Routine 3 sounds better when I call it ‘Filter-Free Fitness’? Why do I call it that? Because once you get your mind in the right place, and you start FEELING good, you’ll be amazed at how suddenly you start LOOKING fitter. You’ll stand a little taller, move a little easier and radiate an inner fitness. No filter required! THAT’S what I want out of a fitness routine – how about you?

With the minimum of changes, ALL these exercises can also be done sitting down, so whether you’re a wheelchair user, or just not quite ready for standing exercises, you can make this routine YOURS.

The Radio Taiso Routine 3 e-Book is a compact routine consisting of only eight exercises. That’s just eight movements, eight steps to get you looking fitter by feeling better. I don’t talk about feeling the burn or taking it to the max. I don’t ask you to purchase any equipment or wear fancy clothing.

Here is the contents page from the e-Book:

Here is the penultimate exercise in the book, and your guide to the routine – Jessica. 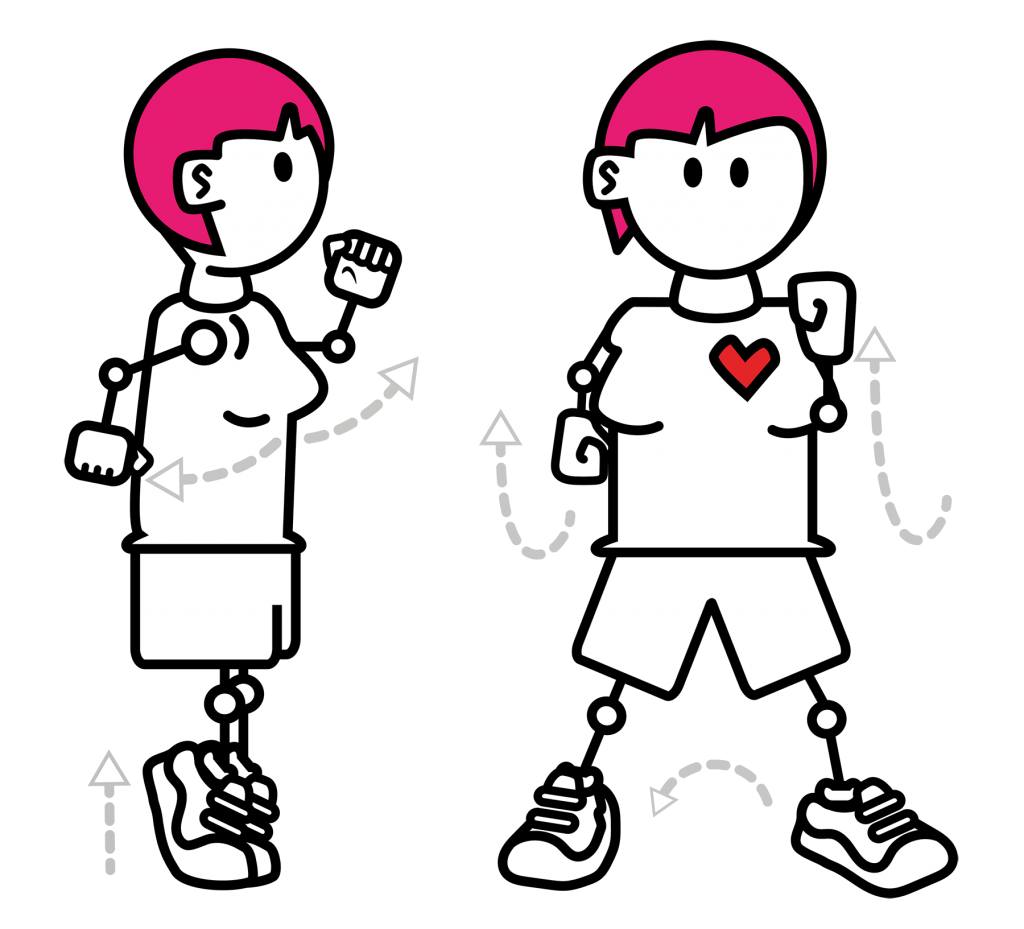 This exercise is the Arm Swing Leg Lift – guess what it involves! Personally, I think this is better (and kinder on the joints) than jogging, but why not just have a go yourself!

Talking about things like ‘blood circulation’ and body ‘looseness’ are a little bit… airy! They’re CONCEPTS rather than things you can FEEL. So, although this next very simple exercise DOES those things, you might be more willing to try it if I said I personally think it is better than JOGGING. That’s got your attention, right? Forget good blood flow and a loose and supple body – get me out of that thrice-weekly jog of hell!

I personally don’t like jogging – although I have NOTHING at all against it, nor the people who swear by it (rather than AT it). In my 20’s and early 30’s, I could jog reasonably comfortably for 30 minutes, but I never looked forward to it and gave it up shortly after realising I really just didn’t want to do it. Anyway, enough about me – let’s get back to the exercise.

Stand up straight with both hands in light fists by your shoulders. Now, simply push one elbow BACKWARDS, and one elbow FORWARDS. This will bring one fist down and one fist up. Now, as if you are on Baywatch and running in slow motion, reverse the movement and switch arm positions. If you are doing this exercise sitting down, that is the movement right there. If standing, however, there is a little more to do. Every time an elbow goes backwards, come up onto tiptoes (dropping down in between times). Keep a little bend in the knees – really imagine you are running!

‘Officially’ you can try just doing this back and forth FOUR times. I tend to just do a slow count of thirty – by that point, your legs are probably telling you to stop anyway! The next part – the side to side part – may seem a little tricky at first, but the trick is not to over-complicate it! All you are going to do is add two side steps. From the same starting position, do everything the same as before, but this time come up onto tiptoes AND take a step to the left. Again, continue as before but when you come up onto tiptoes again, bring the right foot over to join the left – so you have basically taken a full step to the left. Repeat part one – so go up and down four times in place, then repeat part two but step out to the other side this time.

If you are doing this seated, here is the amendment:

The seated version is a great little post-lunch energy boost!

As the fact this is book 3 suggests, the Radio Taiso exercise series is a trilogy.  I don’t want to say that any particular version is easier or more difficult than another, as they ALL can be as strenuous (or easy) as you want to make them.

Radio Taiso Book 1 is kind of the ‘classic’ of the series, and the one that is perhaps referenced most often.

Radio Taiso Book 3 is, for me, the most fun, as well as being the quickest to perform and the one you can perform seated if need be.