Having completed the Internal Force Fitness interpretation of the Radio Taiso exercise routine for general well-being regardless of age or gender, you might now want to advance to the slightly higher impact second routine, which places an emphasis on MUSCLE STRENGTH.

Radio Taiso Routine 2 is the second series of exercises in the Radio Taiso category and places an emphasis on VIGOUR! What IS vigour I hear you say? Well, it is a bit of an old fashioned word, but it means “physical strength and good health” – which is EXACTLY what this routine is all about. The dynamic movements will encourage strong, flexible muscles and joints, while at the same time promoting overall HEALTH and VITALITY through good blood circulation.

How Easy is Radio Taiso Routine 2 to Learn?

Normally I tend to alternate my models, but I realized this may make it look like the basic Radio Taiso routine is best for women and the strength routine is for men – and this is NOT an idea I want to promote. This is an excellent follow-on routine from the first one (as indeed it is meant to be), but equally, it requires no prior knowledge so you could start with this one if you liked. None of the exercises are ‘out there’ – you will probably recognize at least some of them, and they are suitable for EVERYONE.

This is Nikki, and she is going to be with you every step of the way: 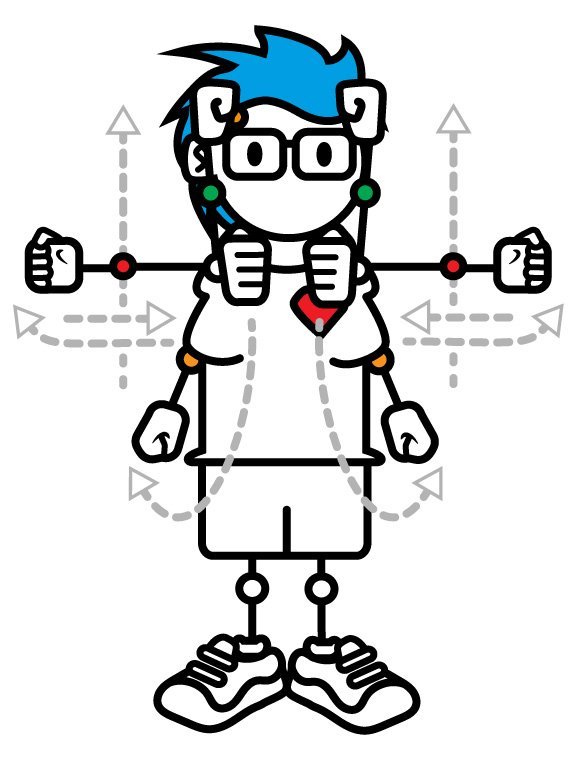 Here is the list of movements that make up the routine:

Even without knowing ANYTHING about the program, and going by names alone, doesn’t it sound highly likely that if you were to do those exercises every day from now on you’d be better off?

Maybe you’ve seen other books on calisthenics (sometimes spelled as callisthenics) that only talk about push-ups and pull-ups and squats and dips. Of course, that is ONE way to define calisthenics for strength and fitness. Personally, I prefer to think of it in the more old fashioned sense: Gymnastic exercises for all-round fitness.

When I first started putting these books together, I asked a friend if he knew what calisthenic exercises actually were. He replied with:

I’m seeing soldiers doing PT during the war…but that might have been because you’ve told me before.

It is one of those terms we all kind of know. We’ve heard it somewhere for some reason, even if we can’t quite put our finger on it. As descriptions go, however, I’m kind of happy with that one – that’s how I think of it sometimes. Anyone who grew up during the 1920s to the 1950s certainly would recognise the term – and probably associate it with gym shorts and plimsolls!

When I say I have ‘revised’ a routine, I mean I have deconstructed it and either placed different emphasis on parts or added to parts of it. The actors in the videos you can see on our YouTube channel have grown up with these routines, they are a part of their life. For us, we are starting afresh with the chance to learn, and build and grow.

The Radio Taiso exercise series is a trilogy. I don’t want to say that any particular version is easier or more difficult than another, as they ALL can be as strenuous (or easy) as you want to make them.

Radio Taiso Book 1 is kind of the ‘classic’ of the series, and the one that is perhaps referenced most often.

Radio Taiso Book 3 is, for me, the most fun, as well as being the quickest to perform and the one you can perform seated if need be.