Small Space Daily Exercises: Ashore and Afloat is a title that combines the origin of this routine, and its future! If you don’t want a ‘fancy’ workout, or if you don’t have a lot of space, or if you simply don’t like getting down on the floor, then these exercises could be the ones for you.

Small Space Daily Exercises: Ashore and Afloat is a title that combines the origin of this routine, and its future! This routine came to me as a little booklet printed on cheap paper and just a plain front cover printed on the same paper. The title on the front of the booklet (which may give you a clue as to its origins) was: Daily Exercises for use Ashore and Afloat. That’s right, this booklet was issued to Royal Navy PT instructors back in the day to act as their little ‘go-to’ for organising PT sessions aboard ship.

Now if we’re talking small space daily exercises, then having to do them aboard ship, in a group, means they really DO have to be able to be done in a small space.

Free-standing circuit training which requires no equipment has been a key part of modern military ‘PT’ workouts for well over one-hundred years. Its appeal, however, is not restricted to military personnel. Its popularity amongst ‘civilians’ is really based on two things:

A vintage exercise routine that remains popular to this day was created by the Royal Canadian Air Force in the 1950s called 5BX, which stood for 5 Basic Exercises. As the name suggests, the entire program was based around 5 basic exercises and how many of each you could perform in a certain time frame. It’s a little bit of a misnomer, because while there are only 5 exercises you actually progress through variations of the 5 exercises as you advance. While some of the exercises are deemed ‘dangerous’ by modern standards, there remain many devotees to this simple program, and millions of copies have been sold (the ninth printing which I own consisted of a print run of 125,000 copies!).

The exercise plans that follow are similar to the 5BX program in that each set contains the same number of exercises (six in this instance), but in this case, you can also pick and choose from six different sets of exercises. Each set contains exercises that work the same muscle groups, but you simply have the chance to mix things up a little when one set gets stale. The order of exercises is always:

ALL modern workouts, whether they tell you or not, adhere to these basic groups, and you can pretty much do whatever exercises you like to make up a workout as long as you cover those bases.

Here’s one of my favourite exercises from the second set (a trunk suppling exercise): 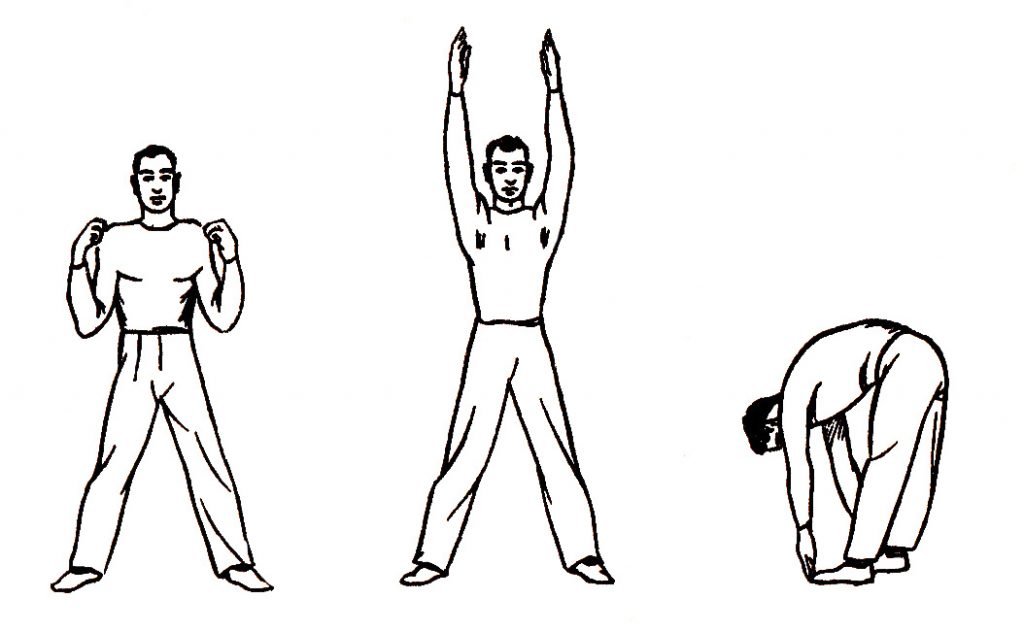 And the ‘twisting exercise’ from the same set: 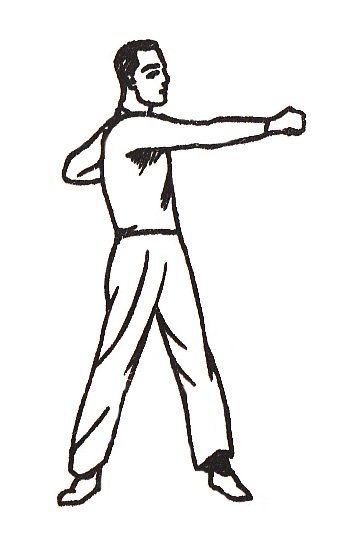 A single routine should only take 5 minutes or so!

The layout of the text follows a set pattern – original image and text and then a breakdown by me, just to maybe clarify a few points.

If you don’t want a ‘fancy’ workout, or if you don’t have a lot of space, or if you simply don’t like getting down on the floor, then these exercises could be the ones for you. Remember, everyone loves a sailor!