Skip to content
View cart “Original Daily Dozen Exercises Book” has been added to your cart.

Fitness to Go – Get Your Daily Dose of Exercise

For many of us, however, the working week is not ideal. Many of us sit and stare at a computer screen all day. Travelling to and from work is stressful too, with over-crowded trains and roads putting us on edge before the working day has even begun. Little wonder then that so many people need a ‘coffee to go.’ While coffee shops provide the means for you to satisfy your craving, however, there is another thing your body is craving that you are probably doing a pretty good job of ignoring: Exercise. You need ‘Fitness to go!’

Fitness to Go: How to Get Your Daily Dose of Exercise!

I use the phrase “Fitness to go” because most of us have heard the phrase “Coffee to go!” It is a phrase uttered by stressed-out commuters the world over. In essence, it is the compromise between your need for a cuppa joe in the morning and your need to get to work on time. Ideally, you’d have a nice leisurely cup of coffee in the house before you left, or in the café listening to some soothing jazz.

For many of us, however, the working week is not ideal. Many of us are engaged in occupations where we must sit down all day, staring at a computer screen. Traveling to and from work is a stress-laden experience too, with over-crowded trains and roads putting us on edge before the working day has even begun.

Little wonder then that so many people need a ‘coffee to go.’ While coffee shops provide the means for you to satisfy your craving, however, there is another thing your body is craving that you are probably doing a pretty good job of ignoring: Exercise. How to get your daily dose of exercise, therefore, becomes a ‘thing.’

It’s not true to say you’re ‘fit’ just because you’re not ill. You may tell yourself you feel ‘fine’, but that is to ignore the little aches and pains that creep up on us all. Fit is to be ALERT, ENTHUSIASTIC about life, ACTIVE-FEELING, ready to take on a challenge at a moment’s notice. As we age, muscles lose their elasticity, joints their freedom of movement, while the heart and lungs do not work as effectively when they are not exercised regularly. Both consciously AND sub-consciously, lack of fitness STOPS us doing things.

The first book published by Internal Force Fitness was a revised and updated version of Walter Camp’s Daily Dozen – a series of exercises designed to ‘set you up’ for the serious business of the day. A ‘Daily Dozen’ of exercises became a concept copied all over the world. The aim of them all was very simple: To provide EVERYONE with a BASIC series of exercises they could do that would counter the effects of everyday life.

Fitness to Go is based on a Daily Dozen printed in the UK by the wonderfully named “Central Council of Recreative Physical Training.” The list of aims of the following routine was to:

• “tone up” your system,
• loosen tight muscles,
• straighten shoulders that have become rounded by too much stooping over a bench or a desk.
• keep your waistline in better shape and
• improve your digestion.

“That tired, distraught, restless feeling with which you return home from work will vanish like clouds before the sun when you have done your Daily Dozen.”

Sounds good, right? Just the kind of thing the modern stressed-out working person needs? What if I told you this routine was put together in 1937! That’s right, it is over EIGHTY years old. Don’t let that put you off though – while a copy of the original (AND the 1938 version) is available at Internal Force Fitness – I’m going to update this for you, and show that a little bit of daily exercise done correctly is quick and easy to learn. Pretty soon you’re going to have all the tools necessary to get your “FITNESS TO GO!” 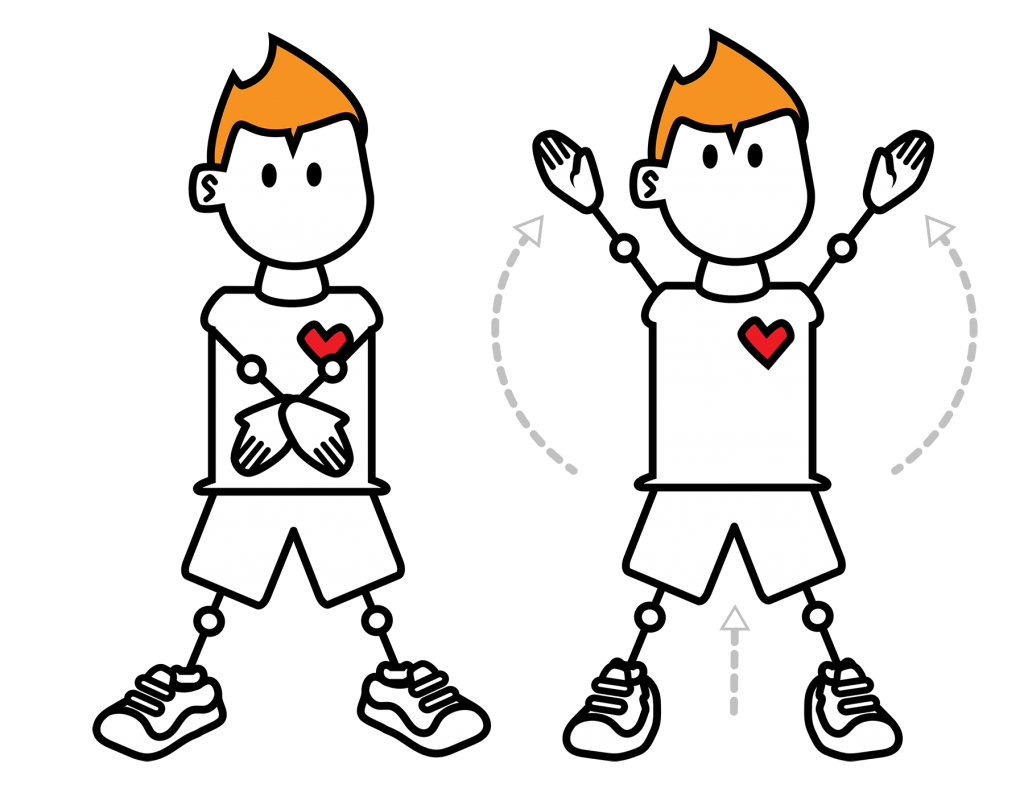 Your guide to Fitness to Go!

NOTE: This is an updated version of the 1937 Daily Dozen for Boys and Men also available in its original format here. I have created new illustrations and rewritten the text for a modern audience, so while I think there is merit in both, you could go for one or the other.