The Fitness ABC is brought to you by the wonderful Edi Polz. Polz published many books on gymnastics for the masses in the 1930s/40s, and what marked them out was the sense of FUN he included, utilizing cartoons such as the ones in the series I’m going to begin today. It’s the same sense of fun I try to bring to Internal Force Fitness because fitness should be fun. I will go through the entire alphabet eventually, but to start it is Fitness ABC – Letter A!

Now there is a slight issue in that Polz was German, therefore the ABC naturally relates to the German language. However, we’re not going to let a little thing like stop us enjoying it, right?

The picture is quite self-explanatory, but the ‘A’ relates to atmen – or ‘to breathe’.

The accompanying text was in rhyme, which unfortunately gets somewhat lost in translation, but the essence of it is:

The rose smells very sweet and fine, with each stretch, we breathe it in.
The air that is used up has to go out again: every time we bend, we blow the candle out.

Visualize your exercises with Fitness ABC

It’s a lovely piece of visualization isn’t it, and one you can easily add to your daily routine. Nearly all of the routines I’ve added to Internal Force Fitness, such as Walter Camp’s Daily Dozen, Radio Taiso etc. have a stretch up and a bend down – it is an exercise that is literally part of the global ABC of fitness.

With visualization such as this – smell the roses on the way up, blow the candle out on the way down – your MIND starts to get involved in your exercise. You move away from daily stresses and worries, and that for me is part of the reason I exercise!

So, next time you do an exercise that involves stretching up and then bending down, why not take a little time to literally smell the roses… 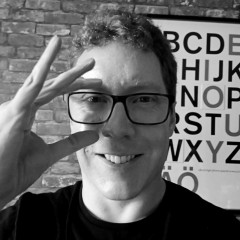